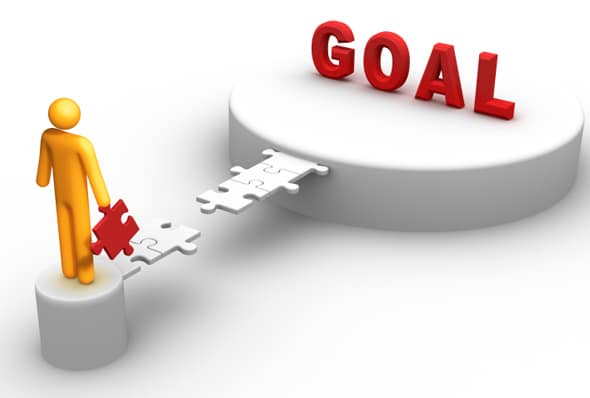 How to Set Goals the Right Way

It’s not just about setting goals and forgetting them. You need to approach the process the right way. If you want to develop and foster a set of dreams that scare you, quite literally, you have to engage in goal setting the right way.

Yes, there is a right and wrong way to set goals. The biggest problem? Most people set goals once a year. They do it on New Year’s, and we refer to this as New Year’s Syndrome. Why? Because most people that set goals on New Year’s don’t actually follow through. Walk into any gym in the first week of January, and you’ll see it jam-packed with people. Come back just three months later, and you’ll wonder where everyone went.

How many people actually set New Year’s goals and don’t follow through with them? 92%, according to a company called Statistic Brain, which measured New Year’s goal setters’ success in one study. They determined that 75% were able to maintain their goal for just one week, 71% made it past 2 weeks, 64% past one month, and 46% past 6 months, and just 8% saw the goal to fruition.

Those are some staggering numbers and it paints a relatively familiar picture for most of us. We all tend to set goals then forget about them. We set goals the wrong way, which leads to an eventual loss of motivation and drive over time. Then, after we hit a major stumbling block or failure ensues, we give up, calling it quits.

So how do we set goals the right way? How do we create a set of dreams that are so big that they scare us, yet still attainable over time with the right approach? How can we go about setting a goal on New Year’s, or any other time of the year for that matter, and actually stay committed to it and see things through? Is it just some fairytale fantasy, or is this actually possible to do?

Step 1 — Get specific about your dreams

The first step to achieving dreams that scare you is to get specific about them. You can’t just say you want to be rich. Come up with an exact sum of money. Don’t just say you want to own a business. State the specific type of business you’d like to be in, how many employees you’ll have and where you see your company headquarters being located, for example.

The specifics of a goal help to bring it from the abstract into reality. Think about the process of buying a car. Once the thought enters your mind, it’s merely in the abstract. Then, the thought begins to take shape as you start browsing and researching cars you might be interested in. Ultimately, you zero in the precise make and model of vehicle you’d like to buy.

With each step, the goal is shaped into something more real in your mind. It’s the specifics, however, that are required in order to make that goal ultimately into a reality. Without honing in on the specifics, your goals just remain in the abstract. But it’s not just about the “what” that has to be specific, but also about the “when.”

As you think about these big dreams that might quite terrify you, think about when you’ll achieve them. Come up with a date, a specific date for their achievement. Select an exact day from the calendar. Seriously. Don’t just say a few years from now. Pick the particular date on the calendar. While it might sound silly, you’d be surprised at how the mind will help you guide your actions towards the fulfillment of that dream.

Step 2 — Write it down on paper

When the mind sees something very specific in front of it and also hears it, the thoughts begin to form and shape, molding into something more tangible and attainable. Even if you feel like the dream is impossible today, by writing it down you’re planting a seed that can then sprout up over time.

It takes a long time to turn a dream that scares you into reality. However, if you want it to come true, this is a step you must take. Considering that only about 8% of people are achieving the goals they set on New Year’s, how low do you think that number drops when we’re talking about multi-year goals?

Grab a sheet of paper and write it down. Therein lies one of the secrets to making your dreams into a reality. Similar to getting specific about your goals, writing them down helps to solidify them. They’re real. They’re on paper. They’re staring right back at you.

When you fail to write down your goals, you’re less likely to follow through. Numerous studies have suggested the truth behind that statement. At the Dominican University in California, one researcher, Dr. Gail Matthews, determined, from a group of 267 goal-setters that you’re 42% more likely to achieve the goals that you write down.

Step 3 — Find compelling reasons you must achieve your dreams

Part of the goal-setting process involves having a compelling reason that you must achieve your dreams. When you have a strong enough reason behind something, you’re far more likely to push through. When the reasons go beyond vanity and the superficial, and they run deep to the core of who you are, excuses tend to go out the door.

Think back to a time when you had compelling reasons that you just had to achieve something. No matter what it was, or how big that goal might have been, you were pushed towards its attainment because you wanted it that badly. The thing about this is that it can’t be something flimsy like wanting to achieve a goal just to have more money, power or fame. There has to be something behind it.

Why do you want those things? What’s driving you? For example, if you wanted to have a net worth of $10 million so that your family wouldn’t have to worry about money in the future, that would be a pretty compelling reason. We tend to do more for others than we do for ourselves, so that’s definitely a good driving force.

When you come up with the compelling reasons, be sure to write them down. Dreams that scare you are completely attainable if you take these steps. Write out a paragraph or two on just why you must achieve your goals rather than why you just should achieve them. Focus on those reasons when you get sidetracked, veer off course or fail.

A goal without a plan is just a wish. In fact, dreams will stay dreams if you don’t do something about them. You need to create a detailed massive-action plan and you need to work towards it every single day. Even if you make just a little bit of progress, it’s far better than making no progress at all.

Take your goals, and develop a 12-month plan to achieve them. For the time being, don’t worry about the 3 or 5-year plan. You can create those plans once you build some momentum. The hard part, however, is getting started. And as long as you can break the bad habit of procrastination, you can move towards those dreams that might scare you half to death.

Milestones are great for acting as markers along the route towards your goals. They’re almost like waypoints on a GPS system. How will you achieve those monthly milestones? How about weekly or daily ones? It’s often easier to look at things on smaller scales than it is to look at the enormity of a major long-term goal.

Dreams that scare you are achievable as long as you measure and track your progress. How far have you come? How much further is there to go? What type of progress did you make today, last week, or in the past 3 months?

When you have a metric to judge your progress against, you can see if what you’re doing is working or not. Whether you’re looking to save money, generate more website traffic or even lose weight, measure and track your results on a finite scale.

Meticulous measurement is at the heart of any successful person. They know that once they can find what works, they can scale that out. This is also known as the Pareto Principle, or the 80/20-Rule. It says that 80% of the results comes from 20% of the efforts. If you measure and track, then you’ll know just what’s producing your big results and what’s not.

Find a system where you can track your results and stick to it. Whether you do that on your smartphone, desktop, laptop or some other device, be sure to be consistent. Know what’s working and what’s not. That’s how you know when your dreams are either getting closer or further away.

The final step in making those dreams that scare you a reality? Manage your time like a pro. The world’s most successful people are the best time managers. Considering that we all have the same amount of time in the day, it’s what we do with that time that counts. Do we squander it or do we use it efficiently?

Develop a system for managing your time. Use the quadrant time management system, originally called the Eisenhower Matrix, named after its developer, the late President Dwight D. Eisenhower, later popularized by Stephen R. Covey in his book, 7 Habits of Highly Effective People. This system categorizes every activity in the day based on two factors: 1) urgency; and, 2) importance.

Things you do in the day are either both urgent and important, neither urgent nor important, or simply one or the other. Time-wasters, also known as Quadrant 4, or the not-urgent-and-not-important quadrant, are quite literally one of the biggest things that holds us back. Who wants to work towards a goal that’s years and years away, when we could gain pleasure right now by kicking back and relaxing and watching television?

Few people take advantage of the little time they do have because they’re too busy engaging in activities that shift their focus away from their long-term goals, which are the important-but-not-urgent activities, or Quadrant 2. Quadrant 2 is the quadrant that you should be living in, especially if you’re trying to make those dreams that scare you a reality.

It’s not easy seeing things through. It’s difficult not to throw in that proverbial towel and give up. When your dreams are so big that they scare you, and the chances of success at the outset seem minimal, it’s easy to see why most people don’t push forward. This might also be one of the fundamental reasons why there exists a 1%.

However, everything comes in time to those who can wait. It’s just a matter of time. You never actually know how close you are if you give up. And while there isn’t a single success formula or recipe for everyone, at the heart of making those dreams that scare you come to fruition, beyond all the steps I’ve laid out here, is persistence.

READ THIS POST: If Your Dreams Don’t Scare You, They Aren’t Big Enough

I SERVED THE DOGS FOR 10 DAYS 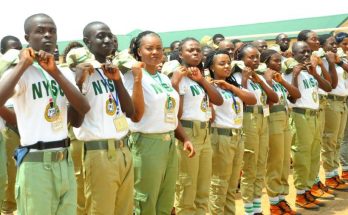